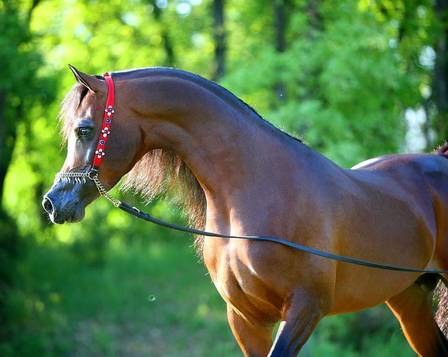 The 2011 World Champion Junior Male! Kahil was also the highest scoring horse at the world championships with a 94.6. He is the 3rd generation of Al Shaqab breeding to be crowned as world champion - his sire Marwan Al Shaqab and his grandsire Gazal Al Shaqab were also named world champoions. Kahil Al Shaqab is now standing at stud - contact Giacomo Capacci Arabians for breeding contracts. He is currently being leased to Janow Podlaski in Poland.